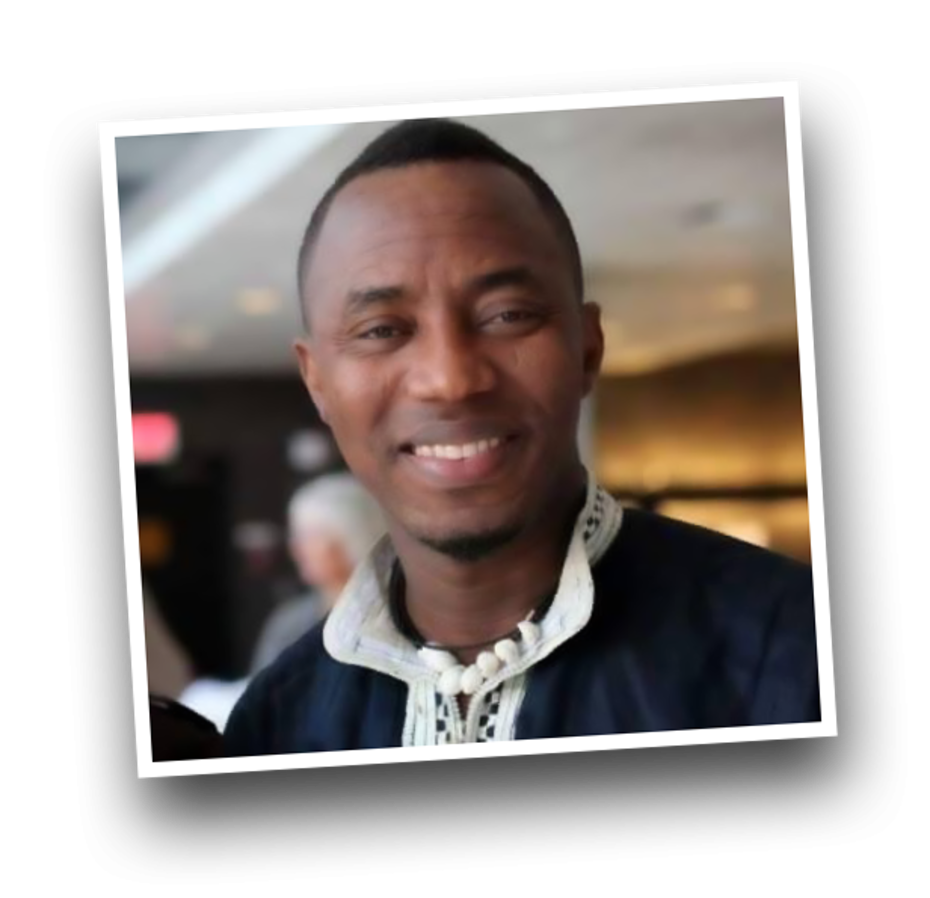 Omoyele Sowore lives in Bergen County, New Jersey with his U.S. born wife and two children. He is the founder of New York-based Sahara Reporters, a pro-democracy publication that shines a light on corruption, human rights abuse and political misconduct in Nigeria.

Sowore, 48 was born in South-Western Nigeria, the first of 16 children. As a young boy, Sowore helped support his family and education with subsistence fishing.

After his secondary school education, he moved to Lagos, Nigeria to study at the prestigious University of Lagos where he developed an active voice in speaking out about government injustice.

Mr. Sowore has a long history of holding the Nigerian government accountable for their actions. He came to national prominence as a leader of student protests after the seizure of power by General Sani Abacha in 1993 ended hopes for a return to democracy after more than two decades of military rule.

During his University years, he was arrested and detained more than eight times before escaping into exile in 1999 to the United States where he was treated at the Bellevue/NYU Program for Survivors of Torture. In 2003 he graduated from Columbia University, School of International Public Affairs. He founded Sahara reporters the online citizen’s journalism platform out of his Englewood, New Jersey basement in 2006.

For over a decade Sahara Reporters has practiced fearless journalism and exposing corruption, human rights abuses and economic inequalities in the civilian governments that followed Nigeria’s military dictator Sani Abacha’s death in 1998.

Sahara Reporters is one of the principal sources of independent investigative journalism and breaking news on Nigeria’s government.

A Timeline of His Detention